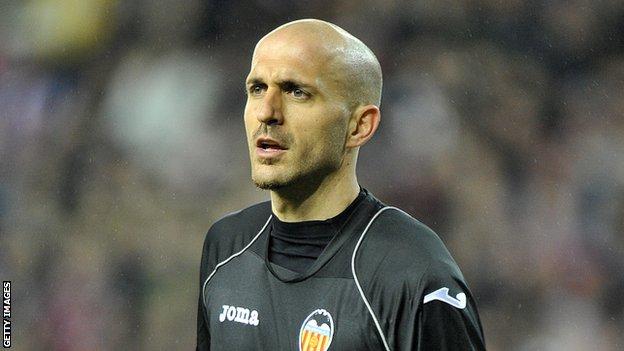 The 31-year-old Spanish right-back has agreed a two-year deal with the Championship club.

Saltor began his career with Espanyol, but played just once for the first team before moving to Lleida in 2003.

He moved to Almeria three years later before joining Valencia in 2009.

Poyet added: "He will be an important player defensively and offensive in the football we want to play next season.

"We're trying to bring in players with experience and power and we are still working.

"I am relaxed because I know we are doing the right things."

Saltor made 17 appearances for Los Che last season and played over 60 games during his three-year spell at the Mestalla.