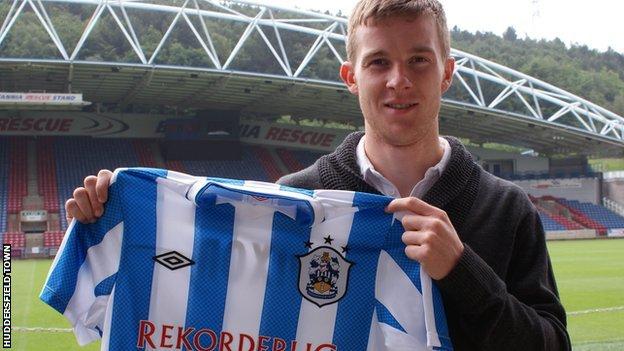 The 25-year-old will join the Terriers on a free transfer on 1 July when his contract with the Scottish Premier League side expires.

He made 44 appearances last season as the Tannadice side finished fourth.

Manager Simon Grayson told the club website: "Paul turned down a number of other Championship clubs to join us, which I believe speaks volumes."

He added: "He will be a good addition to our squad for the upcoming season and many beyond."

Dixon, who has spent his entire career to date in Scotland, admitted he was delighted to make the move across the border.

"It's always been an aspiration of mine to test myself in England and I believe that the Championship, with Huddersfield Town is the next step on the ladder."

"I think it's a step up from football in Scotland and I believe it is the next logical step for my career."