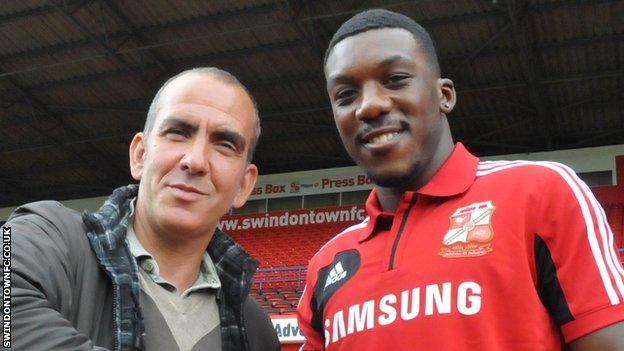 Swindon have agreed a deal to sign Exeter centre-back Troy Archibald-Henville on a two-year contract.

The ex-Tottenham trainee, 23, was out of contract at St James Park but had been offered a new deal so Swindon must pay compensation as he is under 24.

"There's no secret Paolo [Di Canio] spotted him and we all recognised his talent for a number of years," chairman Jeremy Wray told BBC Wiltshire.

"In many encounters against Exeter he's been pretty commanding."

The Robins are about to embark on a pre-season tour of Italy and the Robins chairman says they are trying to get all their summer transfers completed before they go.

"We knew what we were trying to do getting the majority in before pre-season," Wray added.

"We're nearly there, there is still the possibility of maybe another couple of players before the season starts.

"But I think we saw from last season the importance of getting the squad together and gelling."