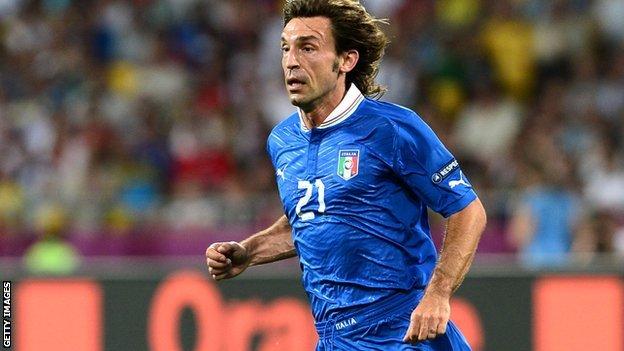 Andrea Pirlo claims "careful" England tried to copy the tactics that won Chelsea the Champions League in a bid to overcome Italy at Euro 2012.

Pirlo was the outstanding performer as Italy eliminated England on penalties in the Kiev quarter-final after a goalless game following extra-time. 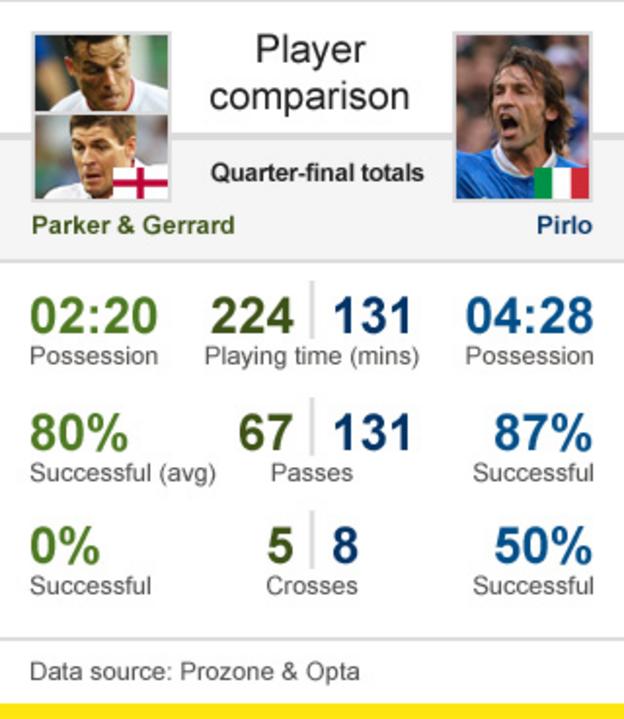 "I think England played in a very prudent and careful way," he said.

"They were sitting back for the match like Chelsea did in the Champions League final against Bayern Munich."

Pirlo, 33, added: "They tried to keep that same shape. For them going to a penalty shoot-out was already a good result."

Italy face Germany in the semi-final in Warsaw on Thursday and Pirlo added: "Unlike England, Germany can create many threats to our defence but if we have come here to win the Euros we need to win this match."

Pirlo won widespread acclaim for his performance against England - and for the audacious penalty he chipped over England keeper Joe Hart in the shoot-out.

He said: "I didn't celebrate scoring a penalty like that because there was nothing to celebrate. At that time we were still down."

The Juventus star admitted the nonchalance of his penalty may have switched the momentum back in Italy's favour as they went on to win 4-2 after Ashley Young and Ashley Cole missed for England.

"It was really relevant to our win," said Pirlo. "This changed the course of the match.

"Joe Hart seemed to be very confident in himself and it seemed to be a psychological blow. I needed to do something to beat him."