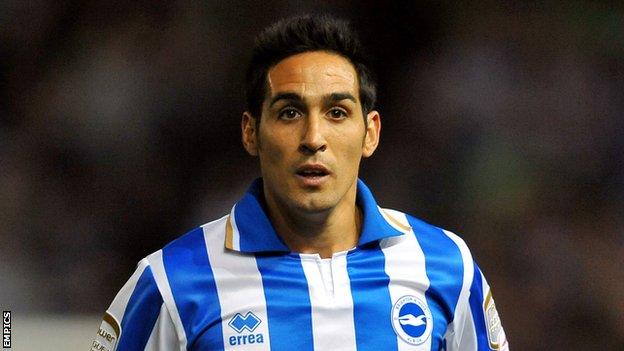 Brighton & Hove Albion's Spanish playmaker Vicente is to stay with the club for another season.

The 30-year-old signed a one-year deal, with an option for a further 12 months, when he joined the Seagulls from Valencia last August.

The club has now decided to take up the option and his new contract will run until the end of June 2013.

The former Spain international only made 19 appearances last season because of injuries, scoring three goals.