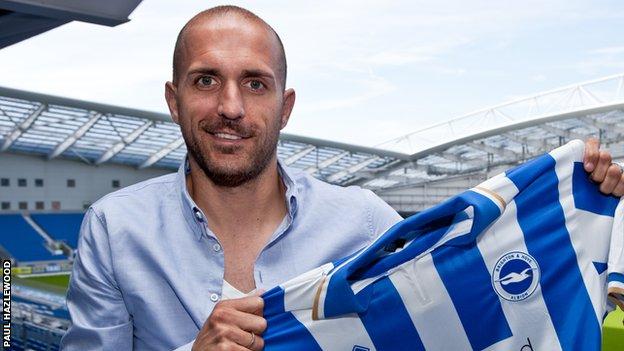 The 31-year-old signed a two-year deal with the Seagulls this week after spending three years with Valencia.

The Sussex side, who have not played in the top tier since 1982-83, finished 10th in the Championship last season.

The right back told BBC Sussex: "That's the logical progression. This squad is being built to get into the Premier League and that is the objective."

"At the start of the summer I knew that there was some interest," he continued.

"I had the idea to leave Spain.

"Of the offers that I had, Brighton's was the one I liked the most.

"Gus was very insistent and it makes you feel wanted."