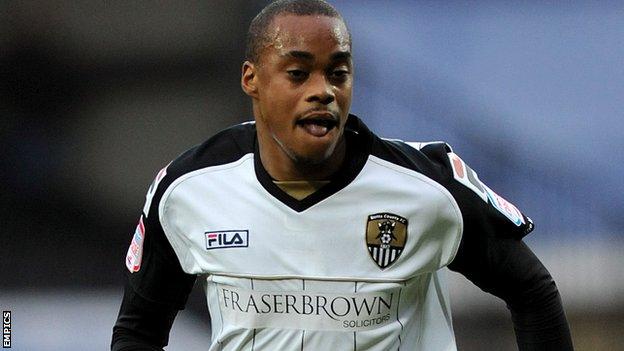 The 24-year-old winger, who made his Football League debut for Walsall at 17, will join the Cobblers on 1 July.

Demontagnac, who also had spells at Blackpool, Chesterfield and Stockport has signed on a two-year deal.

"He's better than League Two level, in my opinion, otherwise he wouldn't have played in the Premier League and leagues above us.

"He's lost his way a little bit, and he needs somebody to put his arm around him or give him a kick up the backside when he needs it.

"Perhaps he's not fulfilled his potential and his talent and hopefully we can give him an environment in which he can prosper."

"He's a lot quicker than Michael, for starters, and he'll play in a variety of positions thoughout the season.

"There's always going to be comparisons but he's a very different player," he said.

Meanwhile, Boothroyd has not given up on potential deals for Clarke Carlisle,Blair Adams and Neal Kitson, who played for the club last season.

"On all three of those players, there are conversations to be had and decisions to be made," Boothroyd added.

"If you start putting deadlines on things, you put yourself under pressure. You can never say never."