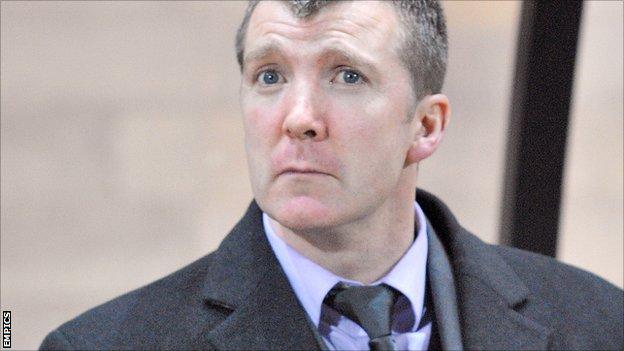 The 20-year-old made a huge impact in the final weeks of last season at Edgeley Park, following his arrival from Lancaster City.

He scored six times in eight appearances and has been rewarded with an improved contract.

"I am delighted that Danny will be staying with us," said Gannon.

"He has already shown his value to the team in his short time here.

"He is a vital part of the rebuilding of the squad that myself and (assistant manager) Alan Lord are carrying out," Gannon told the club website.