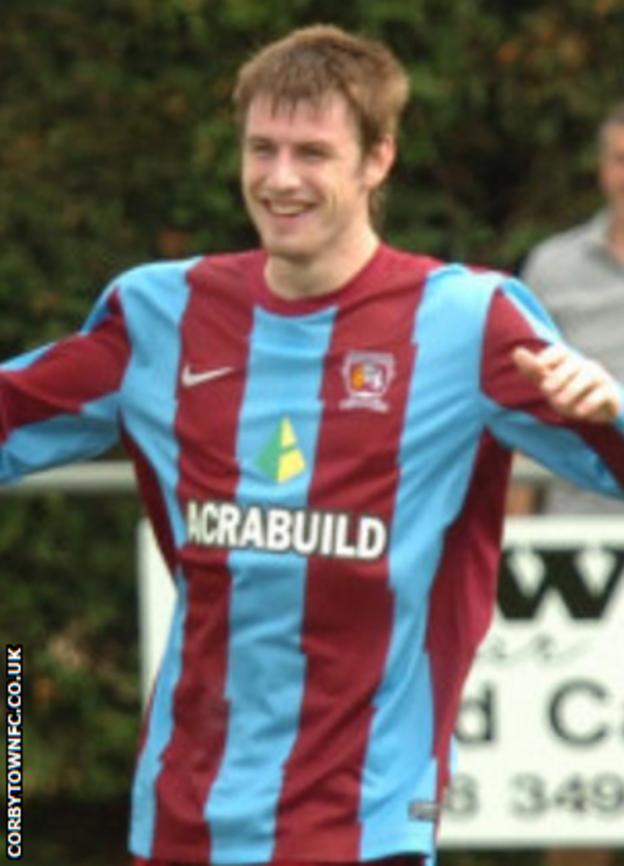 Steelmen boss Ian Sampson told BBC Northampton: "It'll be challenging for the players but they've got a good hunger about them.

"They could have gone [elsewhere] and got ÂŁ50 a week more than here at Corby. But they wanted the challenge."

Moreman, who can also play in left midfield, helped Deeping to fourth in the UCL last season, including a 17-match unbeaten run.

"I've monitored Josh," said Sampson. "He came to Northampton on trial so I've known about him for quite a while.

"He's banged loads of goals in for Deeping, so if he can take that into the new season, it'd be fantastic."

"Avelino is a free spirit, if you like. He's scored goals and hopefully the skills he's shown [assistant manager and former PNS boss] Chris Plummer will come through at Corby.

"Jon was at the youth team at Rushden & Diamonds, so he's been well coached. He knows the game and wants to start stepping up the [football] ladder again.

"Nathan is a steady full-back. He's very quick and extremely fit. He was at Kettering Town when he was younger, when Dominic Genovese was in charge.

"So he's had a good grounding and he wants to prove a point to people that he can play at a higher level. That's what we want at Corby."

Paul Malone and Phil Gulliver have agreed new contracts for 2012-13, but Sampson says not many of last season's squad will be remaining at Steel Park.

"I've invited one or two of the younger ones to pre-season training, to try to prove their worth, but we're building for the future, not looking back," he added.