Spain's 4-0 win over Italy in the Euro 2012 final is the biggest-winning margin ever recorded in a World Cup or European Championship final.

"This Spanish team is the best ever. We mention the Brazil sides with Pele but it is absolutely unbelievable what they have achieved."

Vicente del Bosque became the first coach to have managed a team to victory in the World Cup, European Championship and Champions League.

And on a night to remember, Spanish keeper Iker Casillas became the first player to reach a century of international wins.

Here we look back at an enthralling Euro 2012 in numbers... 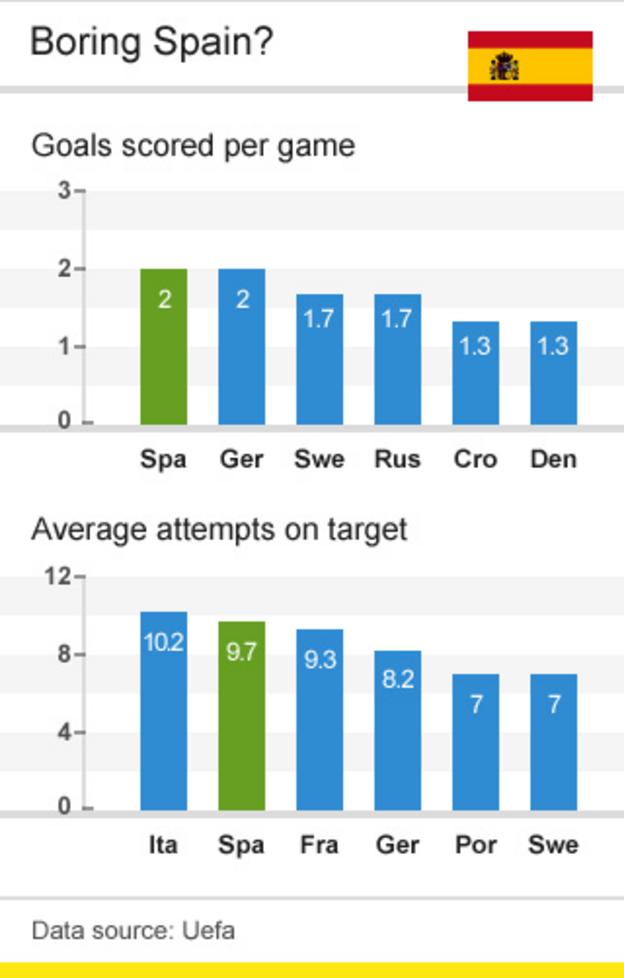