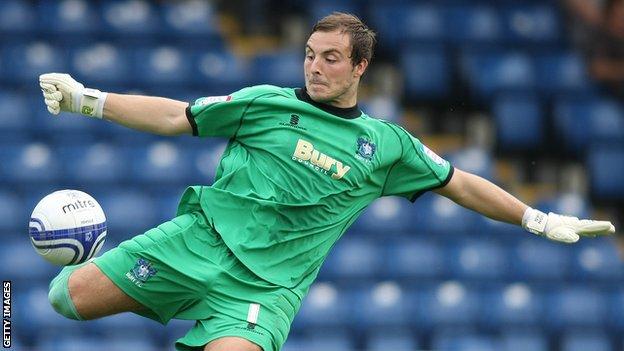 Southend United manager Paul Sturrock has rejected claims that his club are in talks to re-sign former goalkeeper Cameron Belford.

Belford, 23, spent three months on loan at Roots Hall last season from Bury, and some reports suggested a permanent deal could be in the offing.

"We've not entered into discussions with Cameron," Sturrock said.

"I think the wee laddie Tweeted something the other day and people have put two and two together and got 27."

He added: "We are speaking to a number of other players at the moment and we are keen to conclude those talks."