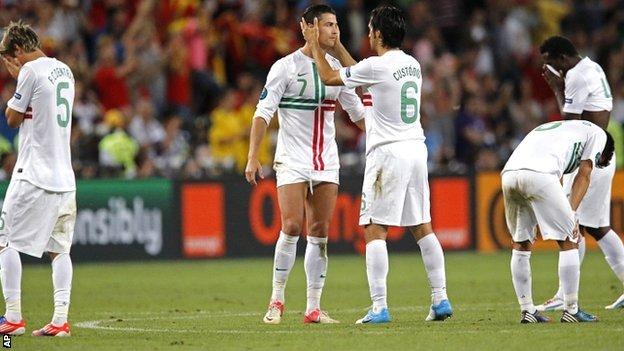 Cristiano Ronaldo was billed as the player most likely to make a difference in the first Euro 2012 semi-final but as Spain beat Portugal 4-2 on penalties the tournament's joint-top scorer did not get a kick - literally.

Chosen as Portugal's fifth penalty taker, it was all set for the Real Madrid forward to seal his place among a long line of international greats after both sides failed to score in 120 minutes.

However, when Bruno Alves missed Portugal's fourth spot-kick to give Spain a 3-2 lead, Cesc Fabregas stepped up to secure Spain's place in the final leaving Ronaldo as a mere spectator.

The choice to leave their star striker until last came after Portugal had already mixed up the order of their takers. Alves approached the goal ready to take the third penalty but was caught by Nani who told his team-mate that the centre-back would go fourth.

Nani converted, but when Alves returned to penalty spot and crashed the ball against the crossbar, Fabregas clinched Spain's victory and Ronaldo's opportunity vanished. 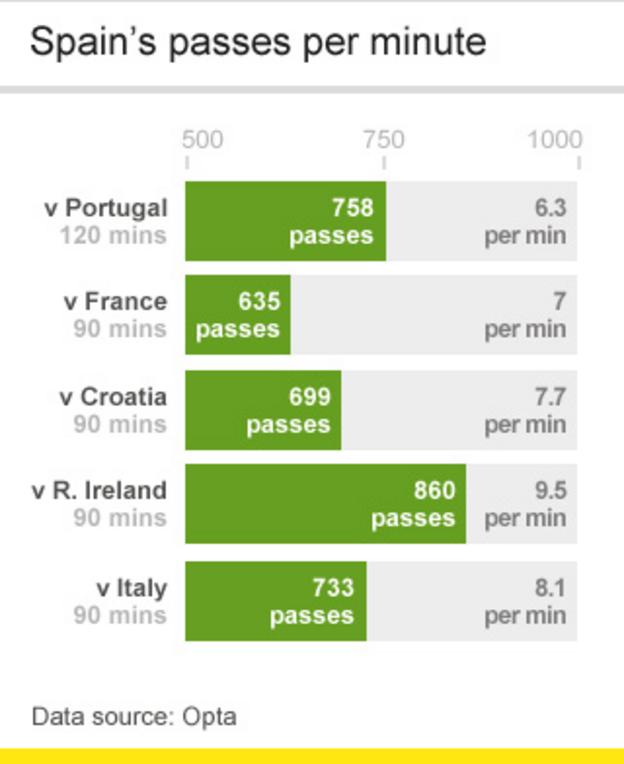 "Portugal would have settled for penalties before the game but it was absolutely ridiculous that Ronaldo went last. You have to put him before the two centre-halves [Pepe and Alves] that took them too.

"Sometimes the last penalty is the glory penalty but I can't understand why they left it that late. As the captain you have to go up and say 'I'm going first'.

"There was no point in him going fifth. We were already fearing the worst for Alves because once Nani pulled him back it ruined his confidence."

"The penalties provided the drama and excitement at the end but it wasn't a great game. I thought Spain deserved to win because of the manner in which way they played in extra-time, but only just.

"It is a sign of a good side that even when you look tired you can pick yourself up and start playing again. During extra-time it was an amazing turnaround because for 90 minutes there was no fluency and their passing was appalling.

"During the penalty shoot-out, it was obvious that Alves didn't want to take one because Nani came over and took over from him.

"When Sergio Ramos, a central defender, chipped his penalty over the keeper like Italian Andrea Pirlo it was an unbelievable moment.

"And what a penalty from Cesc Fabregas to win it. It left Ronaldo as the last man standing."

What they said about Spain's shootout victory:

"Why did Ronaldo not take a penalty earlier? Waiting for glory maybe!" - Former England striker Ian Wright on Twitter

"My team-mate [Alves] hit the bar. He thought it was his turn but the coach told me it was my turn." - Portugal midfielder Nani on the mix-up for Portugal's third penalty

"We had this plan and if it would have been 4-4 and he would taken the last penalty we would be talking in a different way." - Portugal boss Paulo Bento

"Whatever you think about penalty shoot-outs, they can salvage a dire game! Thrilling finale." - Former England striker and Match of the Day presenter Gary Lineker on Twitter