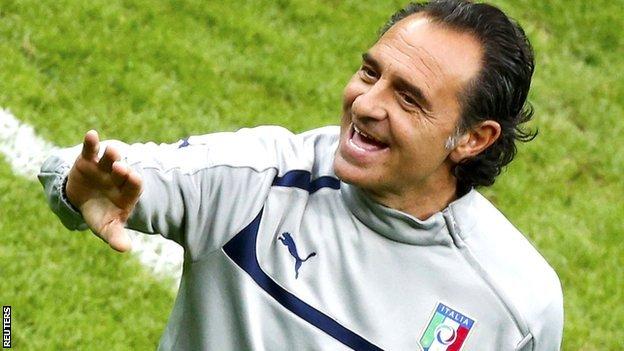 Italy coach Cesare Prandelli has ruled out using defensive tactics for his side's Euro 2012 semi-final against Germany in Warsaw on Thursday.

The Germans are pre-match favourites, but Italy are undefeated in their five games in Poland and Ukraine and beat England on penalties in the last eight. 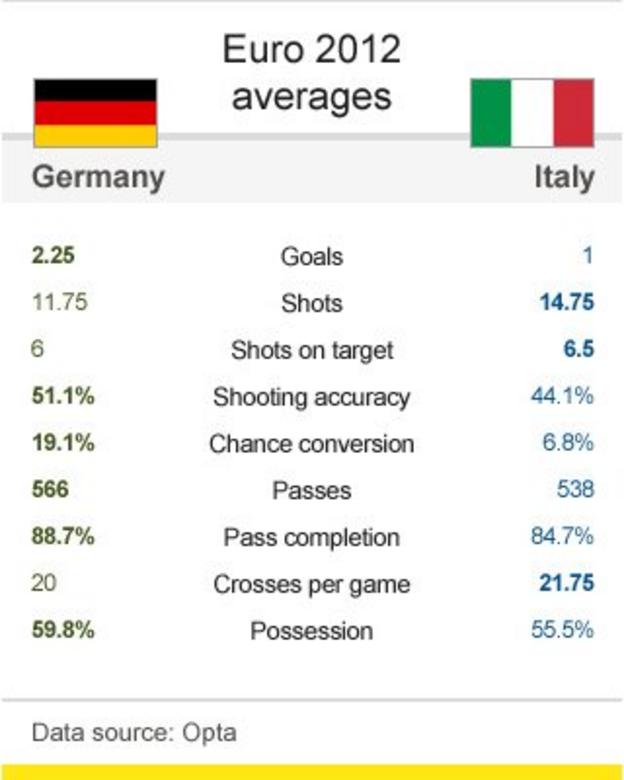 "We will not change what has brought us here," said Prandelli.

"It would be a shame to waste the work of two years. We would be lacking maturity to play a different way."

Italy have scored only four goals in the championship, but their creative midfield interplay, marshalled by veteran Juventus lynchpin Andrea Pirlo, has been widely praised.

And former Juventus midfielder Prandelli has made it clear he wants his side to play an expansive, high-tempo form of the game.

"We have quality in midfield, a lot of flair, a lot of physical strength and technical ability in there," he said.

"Riccardo Montolivo, Claudio Marchisio and Daniele De Rossi - they try and give us numbers in the midfield."

The Italian coach also revealed he expects to be pressured by Germany in the middle of the pitch in the Polish capital.

"We cannot sit deep [against Germany]," he insisted.

"Germany will press us high up the pitch. We are ready for this.

"We know where they are good, we think we know how they will line up and that they might make changes."