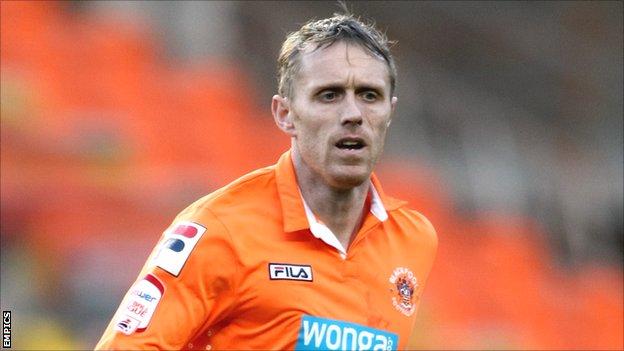 "We've spoken to Brett and had good conversations with him," Cook told BBC Radio Lancashire. "We'd like to think we're in the market to bring him back.

"If it happens, it's fantastic for us all. If he decides to do something else, we wish him the best of luck.

"Footballers have short careers and they should enjoy every minute of it."

After being released by Blackburn Rovers as a youngster, Ormerod rebuilt his career with Accrington, then a non-league club, and his prolific goalscoring form earned him a move to Blackpool in 1997.

The 35-year-old has scored more than 100 senior goals including the winner in Blackpool's 3-2 Championship play-off final win over Cardiff at Wembley in 2010.

He has been offered new terms by Blackpool but is yet to agree on a new deal with the Seasiders.