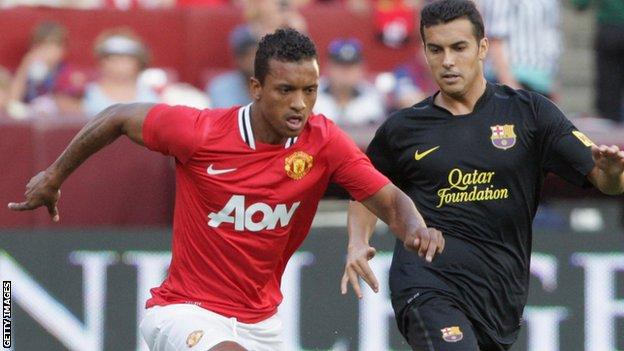 Manchester United will play Barcelona in a pre-season friendly in Gothenburg on 8 August.

The pair have met each other in two of the previous four Champions League finals, with Barcelona winning both.

They last met in a friendly in Washington DC last summer, with United winning 2-1.

The fixture will be Tito Vilanova's first experience of United as Barcelona's new coach after taking the reins from Pep Guardiola.

It will be only the second time United have played in Gothenburg and will be the fourth leg of a world pre-season tour that also includes matches in South Africa, China and Norway.

United chief executive David Gill said: "Manchester United against Barcelona is one of the top fixtures in world football and we are delighted to work with GotEvent to bring this match to the beautiful city of Gothenburg.

"We have a large following throughout Scandinavia and it's great that this match will form part of our preparations for the new season."