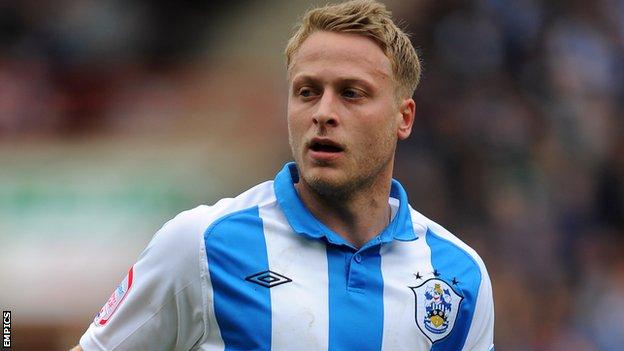 Huddersfield Town defender Tom Clarke has signed a new one-year contract, keeping him at the Galpharm Stadium until the summer of 2013.

The Halifax-born 24-year-old made 16 appearances for the Terriers in their promotion-winning campaign last term, including both play-off semi-finals.

"It is going to be a tough season and we need two or three players in each position," he told the club website.

"[Manager] Simon Grayson will bring players into the squad, but that happens every season and it is good for the club as it creates competition.

"I enjoyed a good end to last season and as ever I will train hard during pre-season to try and force my way into the team," the former England youth international added.

Clarke, who is the younger brother of Terriers player Nathan, is a product of Huddersfield's youth academy and has spent time on loan at Halifax Town, Bradford City and Leyton Orient.

Grayson added: "His ability to play in a variety of positions to a high standard is invaluable."