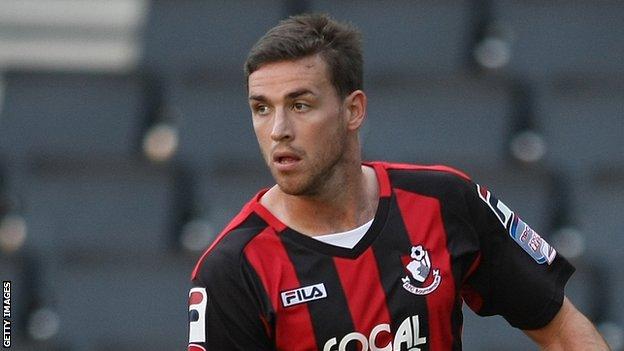 Leyton Orient have completed the signing of Mathieu Baudry and Michael Symes following their release by League One rivals AFC Bournemouth.

Defender Baudry, 24, and striker Symes, 28, have both signed two-year deals at Brisbane Road.

"Mathieu's an aggressive defender and is good on the ball. I feel he can push on and improve further with us.

"I think he can achieve more than he has done in his career to date with the ability he's got and I'm sure he can show that for us here."

Symes, who scored 11 goals in 43 games during his two seasons with the Cherries, spent the second half of last season on loan at Rochdale.

Baudry, meanwhile, made only 13 appearances during 18 months with Bournemouth.