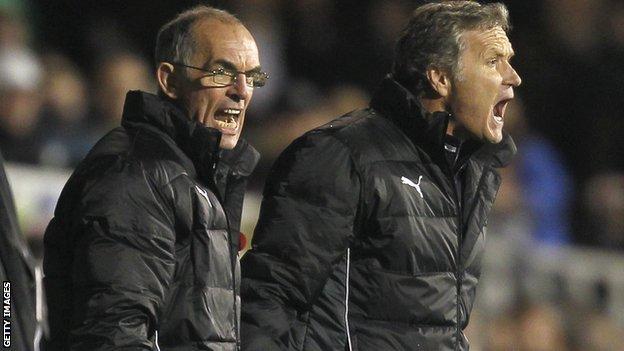 Tottenham have confirmed that coaches Kevin Bond and Joe Jordan have left the Premier League club.

The pair joined Spurs in 2008, shortly after the appointment of former manager Harry Redknapp, but have now followed the ex-Portsmouth boss in leaving White Hart Lane.

"We can now formally confirm that Kevin Bond and Joe Jordan have left the club," read a club statement.

"We should like to thank them for their contribution and achievements."