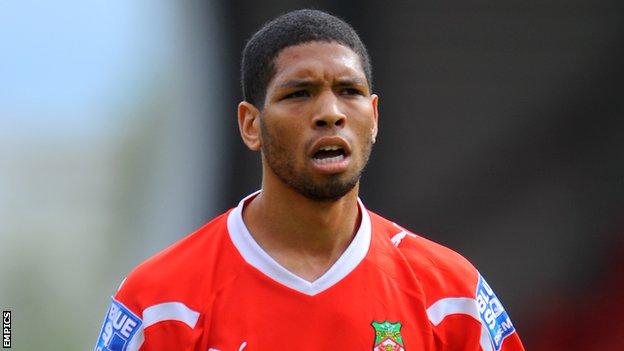 The 25-year-old left the Welsh outfit to sign a two-year deal with the Championship club.

He told BBC Radio Cambridgeshire: "Making the step up will be tough, but I'm sure I can handle it.

"I played against Brighton in the FA Cup last season and did well so I can take confidence from that."

Knight-Percival started his career with Histon before making the move to north Wales in 2010, where he was converted from a winger into a defender.

He has never previously played at Championship level, and will be competing with Shaun Brisley and Gabby Zakauni for a starting place.

"There are some really big games early in the season, but I'm not getting ahead of myself," he said.

"You just have to prepare for each game as it comes, whoever it may be against."

Posh are likely to be among the relegation favourites comes the start of the season, given their poor form over the second half of the last campaign.

Knight-Percival knows he and his team-mates must once again attempt to defy the odds.

"If the experts think we're going down then so be it. I don't think it will make any difference to how we approach matches," he said.

"We certainly won't be going out there expecting to lose games and I think we'll be fine."