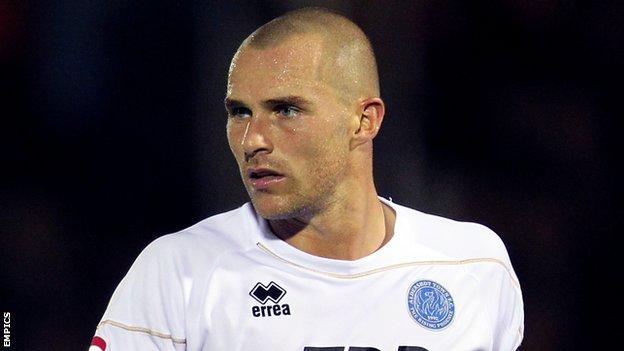 Aldershot Town captain Ben Herd has signed a new one-year contract with the League Two side.

The 27-year-old right-back made 53 appearances for the Shots last season in all competitions.

Manager Dean Holdsworth told BBC Surrey: "Over the summer there have been times when I felt that Ben would be leaving us.

"He's an ambitious lad. I'm delighted he's made the decision to stay and be a part of what we are doing at the club."

He added: "Ben was right to go and pursue other interested parties.

"We managed to convince him, with the players that we've signed, that we want to be progressing.

"I wanted to keep him because Ben is a leader. I'd normally have given up but I pursued him and kept knocking on the door."

Herd began his career as a trainee with Watford but did not play a senior game before joining Shrewsbury in 2005.

He spent four seasons with the Shrews before moving to Aldershot in 2009. In total, he has scored once in 141 appearances for the Hampshire outfit.