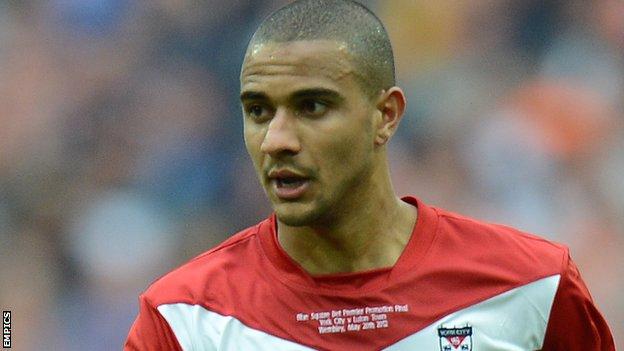 Bradford City have completed the signing of York full-back James Meredith on a two-year deal.

Meredith, 24, began his career at Derby and also had spells with Shrewsbury, Chesterfield and AFC Telford.

The left-back joined York in 2009 and was part of the team that won the Blue Square Premier play-off final in May.

He is a good athlete and can play in several positions

Boss Phil Parkinson told the Bradford website: "I'm really pleased to have James on board. He's a young, hungry player with a great attitude."

The Australia-born left-back, who can also play in the centre of defence and midfield, played 46 games for York last season as the club completed the double of winning promotion back to the Football League and the FA Trophy.

He is Bradford's fourth summer signing following the arrival of Gary Jones,Rory McArdle and Andrew Davies.

Manager Parkinson added: "We had him watched several times at York City last season and we were impressed with what we saw of him.

"He had a terrific spell at York and has played virtually everyone of their games for the last three years."