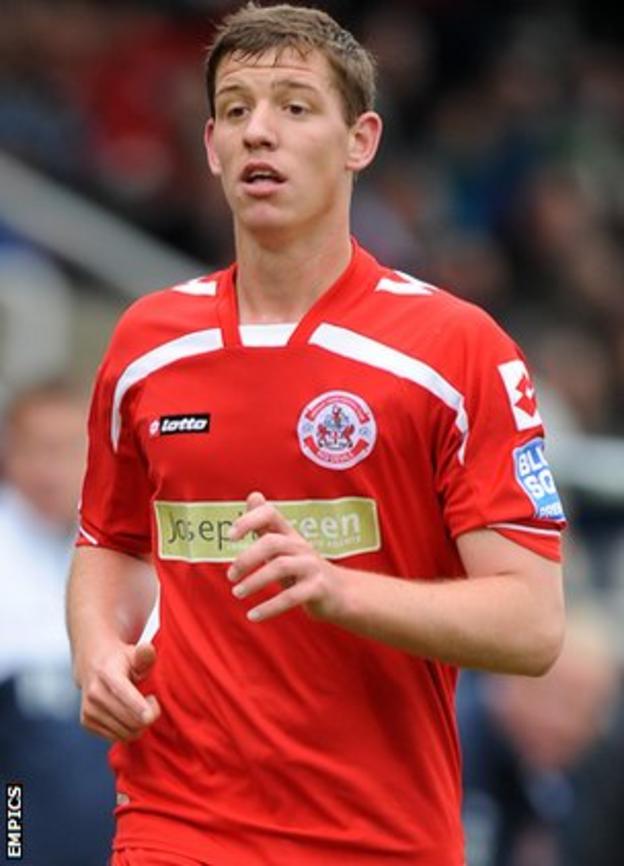 The 26-year-old was the Red Devils' longest-serving player, having been at the club since 2007, before being released in May.

Wilson made just seven appearances for Crawley last season and also had a loan spell at Fleetwood.

"Gateshead are on the up, have improved year on year and I'm delighted to be here," Wilson told the club website.

"I know the Conference well and am looking forward to it. Gateshead had a great season last time around and were unlucky not to make the play-offs.

"It was very frustrating at Crawley last season. It just didn't work out for me and coming north is a fresh start."

The former Crystal Palace reserve team captain, who can play at both right-back and centre-back, is Gateshead's fourth signing of the summer following the arrivals of Adam Bartlett, James Brown and Chris Bush.

"Glenn is vastly experienced with a good pedigree and was one of the mainstays of the Crawley team that won the Conference in 2010-11," said Gateshead boss Ian Bogie.

"All four players brought in during the off-season have been from Football League clubs and Glenn will add to the defensive quality we have.

"Wilson and Bush are both from London and that shows how far we have come that we can again attract players from the other end of the country."