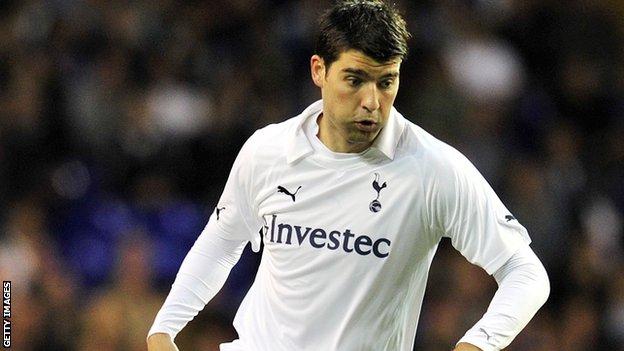 Tottenham Hotspur have reached agreement with Lokomotiv Moscow for the transfer of defender Vedran Corluka.

Corluka, 26, struggled for a place in the Spurs side last season and spent the second half of the campaign on loan at German side Bayer Leverkusen.

Tottenham did not reveal how much they would receive for Corluka, who they signed from Manchester City for £8.5m in September 2008.

"We wish Vedran all the best," said a statement on the Spurs website.

Croatian international Corluka made 110 appearances, scoring once, for Tottenham.

He raised his concerns about Tottenham's poor form to BBC Sport in April, and suggested a lack of squad rotation was to blame for the slide.

Manager Harry Redknapp, who has since been sacked, dismissed Corluka's claims as "nonsense".