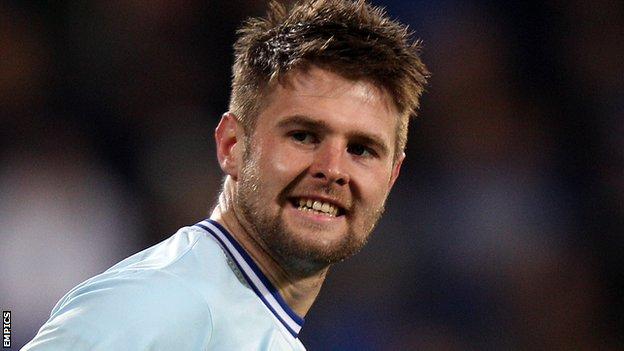 Barnsley were optimistic of signing the 21-year-old, but he has instead chosen to move to the Galpharm Stadium.

"He is a brilliant footballer and someone that I believe will do well," Simon Grayson told the club website.

The Northern Ireland international came through the youth system at Old Trafford but failed to make a first-team appearance.

He joined League One side Carlisle on loan on 2010, making seven appearances, before stints at Scunthorpe and Coventry last season.

"He is an excellent passer of the ball from the centre of the park and shows good composure on it, he will add a different dimension to our midfield," Grayson added.

"He is a young, full international who is full of desire and has excellent potential.

"Oliver turned down a number of other clubs to be a part of our team and I believe he will be a key player for us.

"Manchester United offered him a new deal, but he wanted to leave to pursue his career, which says a lot about him."