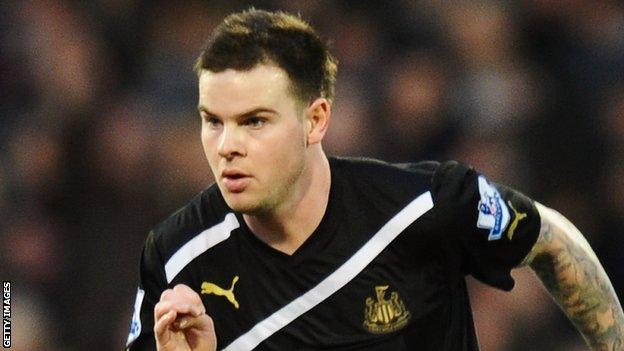 Guthrie, 25, has signed a three-year contract with the Royals, and joins Russian striker Pavel Pogrebnyak among Brian McDermott's summer signings.

McDermott told the club website: "We're delighted Danny has signed for us.

"He brings good experience at a good age, he has real ability to pass the ball, he's got energy, he's hungry."

During his time with the Magpies, the former Liverpool player scored nine goals in 104 appearances.

He was a part of the Newcastle side that won the Championship in 2009.

"It feels brilliant to have signed, it is a great honour and I am very excited," Guthrie said.

"As soon as I met the manager and Nick Hammond my mind was made up, it was a no-brainer.

"Reading Football Club is a fantastic family club, well run and I'm so excited to be part of something special for this club."