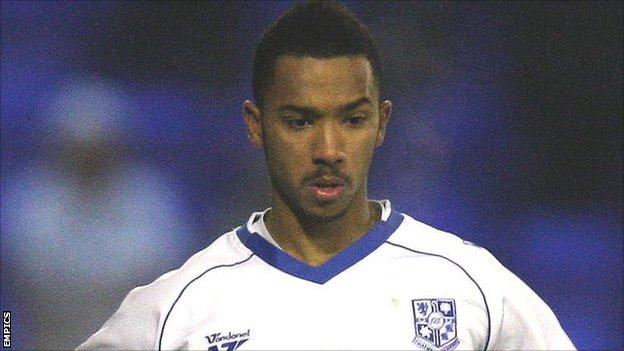 Defender Shaleum Logan has signed a new contract with Brentford.

The 24-year-old joined the Bees from Manchester City in June 2011 and played 32 games in all competitions last season, scoring four goals.

Logan had previously spent a year on loan at Tranmere, having made only three appearances for City.

Brentford manager Uwe Rosler told the club website: "We are delighted that we have come to an agreement with Shaleum and continue our working relationship."

Logan added: "With us coming so close to the play-offs, I wanted another crack at it, although I'm hoping this year will be a lot better than last year, performance-wise, for everybody.

"I like everyone at the club, from the coaching staff to the physios, and especially the players I work with. That was a big factor."