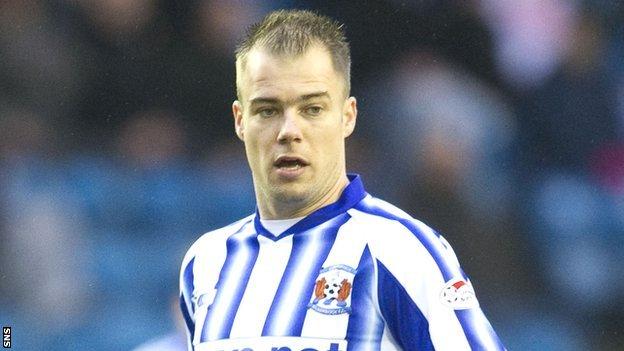 Sparta Rotterdam have confirmed the signing of Danny Buijs after the midfielder was released by Kilmarnock.

The 30-year-old, who was at Rugby Park for a season, has signed a one-year contract with the club in the Second Division back in his Dutch homeland.

Buijs told the Sparta website: "I wanted to return to the Netherlands. We have our home here.

"And, in terms of facilities and organisation, Dutch football is much further advanced."

Buijs made only 14 appearances for Scottish Premier League outfit Kilmarnock but has targeted winning the title and promotion to the Dutch top flight next season with Sparta.

Joining the Red and White Gladiators means Buijs will have been on the books of Rotterdam's three senior clubs.

He began his career with Feyenoord, from whom he spent time on loan with Excelsior, and admits that his transfer to their rivals could prove "sensitive".

Buijs also had a spell with Groningen before returning to spend three years with Feyenoord before joining Den Haag ahead of his short spell in Scotland.

He was released at the end of the season along with winger David Silva, who has returned to his Portuguese homeland to sign a two-year contract with Primeira Liga club Olhanense, and defender Zdenek Kroca.