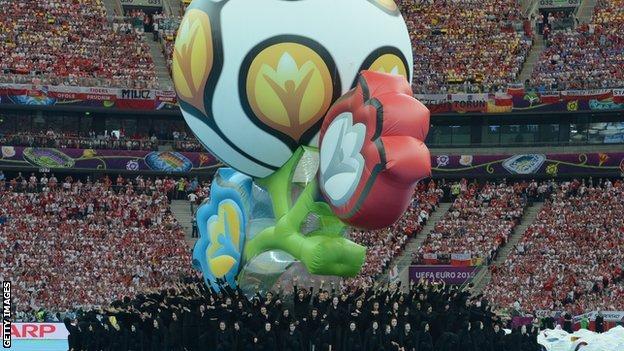 Concerns had been raised over readiness of the two countries to co-host the competition amid threats of fan violence and racism.

But in a BBC Sport interview, Pohorecki said Euro 2012 had been a big success.

"We feel pride because a lot of people didn't really believe we could make it and we did," said Pohorecki.

Clashes between rival Russian and and Polish football fans in the Polish capital Warsaw marred a Euro 2012 tie between the two teams on 12 June.

But while admitting lessons had been learned, Pohorecki played down both that incident and also isolated cases of racial abuse from supporters.

"From all the specific reports I have, there is always something you can do a little bit better for the next tournament," added Pohorecki.

"And the next tournament is in France so we will pass our knowledge on to them."

He added he had been "surprised" by the BBC Panorama programme days before the tournament which asked whether Uefa should have chosen Poland and Ukraine to co-host the event after revealing evidence of racist violence at football matches in both countries.

"I was surprised by it [Panorama] because in every country you can make this kind of programme," insisted Pohorecki.

"At this kind of event, the size of the event, by definition and statistics there will always bring issues.

"A regular wedding in Poland is usually six people in hospital! So everything is about how you want to show it."

Pohorecki backed Uefa president Michel Platini, who said the 2020 European Championship could be spread across various cities in Europe, rather than having a single host.

"Never say anything is impossible because everything is possible."