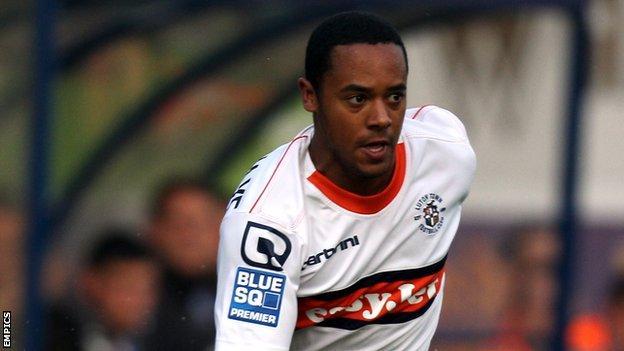 The 23-year-old came through the ranks at Kenilworth Road, making his debut in March 2008, and has since had loan spells at Salisbury City and Histon.

He played 72 games for the Hatters but was released at the end of last season.

Hockaday added: "He lost his way a little bit and there's been a bit of chaos at Luton in the past few years - lots of managers and ins and outs.

"I've known Ed for many years and his character is unblemished.

"We've been after him for a while and now we can announce we've got him and I'm absolutely delighted."