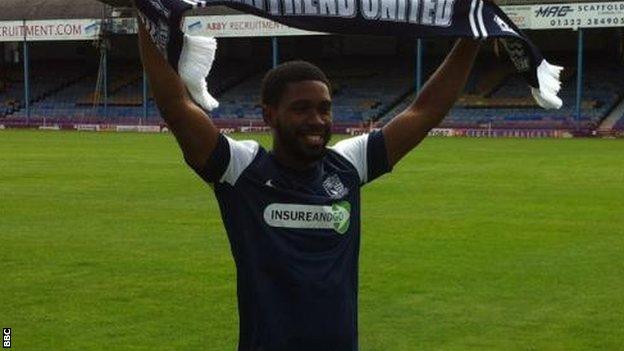 Grenada international Straker, who began his career with Crystal Palace, has agreed a two-year contract.

Southend must pay compensation because he is only 23 and negotiations with Aldershot are ongoing.

Tomlin, 29, scored against Southend during a loan spell at Gillingham last season and has signed a one-year deal.

"I think it's been on the cards for about five years, I think [Southend boss] Paul (Sturrock) put a bid in for me when I was at Yeovil, so he's liked me for a little while," Tomlin told BBC Essex.

"This is the first time I've had any dialogue with Paul but I knew he was interested in me via my agent and other people."

"I think they deserved to be promoted last season so hopefully I can add that little bit extra they were missing to get promoted this season," Tomlin said.

Straker also insisted he was "ready for the challenge" of helping the Shrimpers climb back to League One.

"I played against them plenty of times when I was with Aldershot and when I was on loan at Wycombe.

"They've always been a good side - they got to where they did this year for a reason," he added.

"From talking to the gaffer, he's asked for certain things and I feel like I fit in to those attributes, so hopefully it will work out and the team will push for promotion."