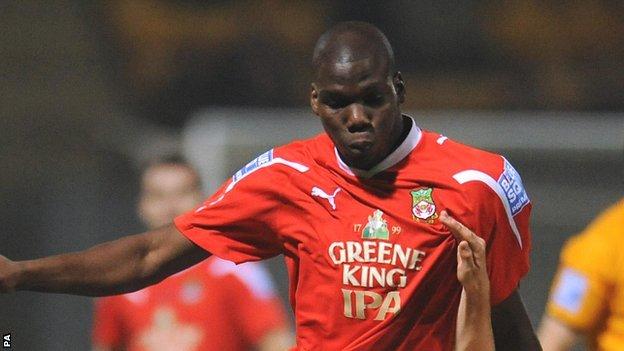 Wrexham player-manager Andy Morrell has criticised Mathias Pogba, saying the striker failed to inform them of his intention to leave the Welsh club.

The Frenchman, 21, is out of contract but had been offered a new two-year contract at the end of last season.

The Blue Square Bet Premiership club have been unable to contact the player.

"We've had other plans in case he did leave... I'm just disappointed in the lack of respect for the club more than anything," Morrell said.

"He's had the summer to think about it and has decided his future lies elsewhere, he wanted to play in a higher league."

"I felt that he needed at least another 12 months to bring him on again from where he was.

"At the start of last season until now he's progressed really nicely and I thought he would have done the same again.

"I'm just disappointed with the way he's acted, he hasn't kept contact and telling me what his thoughts are."

Pogba was named Wrexham's Young Player of the Year last season and his imminent departure has disrupted Morrell's preparations for the new campaign.

But the Dragons boss has moved to fill the striking gap by signing experienced forward Brett Ormerod on a free transfer.

The 35-year-old had been offered fresh terms by Blackpool and received interest from one of his former clubs, Accrington Stanley, but instead opted for the Racecourse Ground.