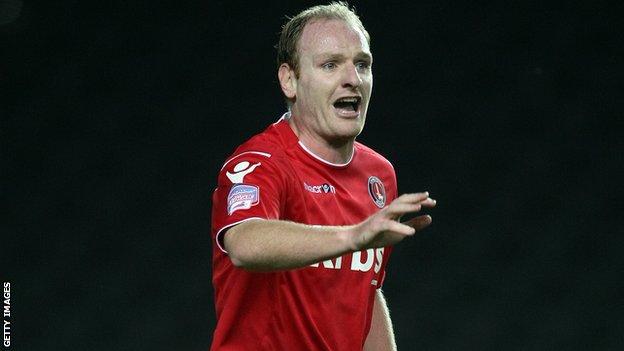 "They're a group that will be able to cover a number of positions," Waddock told the club's website.

"It's a good blend of youth and experience."

The embargo was lifted on Monday after the club, now owned by Wycombe Wanderers Trust, filed accounts for the year ended 30 June 2011.

The supporters group had completed the purchase of the Chairboys from previous owner Steve Hayes two days earlier.

Republic of Ireland international Doherty is returning to Adams Park from Charlton after playing 13 games for the club during a loan spell last season.

He began his career with Luton before moving to Tottenham for £1m in 2000 and also had a spell with Norwich City.

Spring, who also had a spell with Luton at the start of his career, has been recruited from Leyton Orient, while Wood has joined Wycombe from Brentford.

Oli, whose deal includes an option for a second year, has moved to the club after being released by Gillingham and arrives in search of first-team opportunities after coming through the Tottenmham youth academy.

Meanwhile, Ivor Beeks and Trust director Don Woodward have been appointed as joint chairmen of the club following the takeover.

Beeks has been sole chairman for almost 25 years but a club statement said the joint chairmanship was intended "to ensure continuity during what is expected to be a very challenging period".