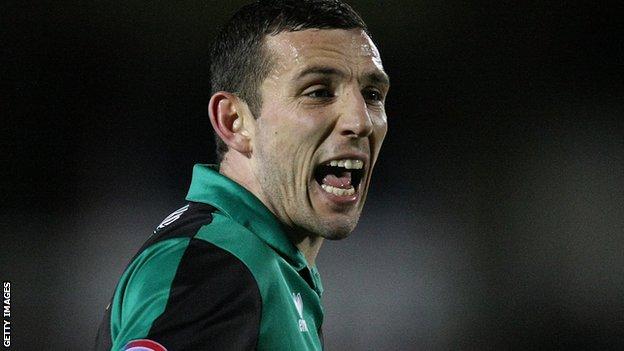 Bristol Rovers midfielder Craig Stanley has had his contract terminated by mutual consent.

The 29-year-old was brought to Rovers from Morecambe on a two-year deal last summer by former manager Paul Buckle.

Stanley, who counts Hereford and Walsall among his former clubs, made 34 League Two appearances for the Pirates although he only managed 11 games under Buckle's replacement, Mark McGhee.

He scored his only goal in the 3-2 defeat by Northampton in March.