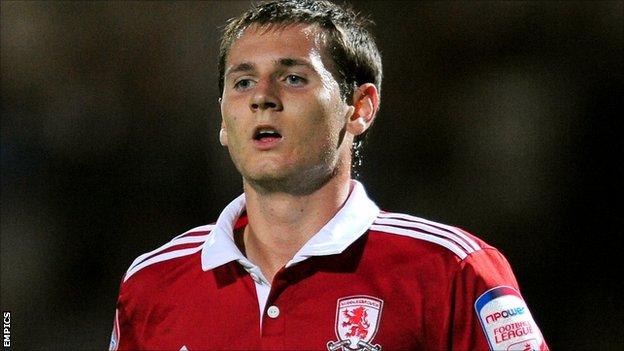 The 24-year-old defender left the Riverside after his contract expired to end a 15-year association with his home-town club.

"It was probably the right time to leave," Grounds told the club website.

"I had never played a full season and been a regular in the side. It is important I start playing 40 to 45 games a season."

Grounds, made 37 first-team appearances for Middlesbrough since his full debut in January 2008, but spent much of his time on loan at Norwich City, Hibernian and most recently Yeovil Town.

"The experiences from last season ought to set me up well here because I know what the division is all about."

Meanwhile, striker Shefki Kuqi and winger Filipe Morais will not be returning to Boundary Park.

Latics boss Paul Dickov has said the club could not afford to keep Kuqi, while Morais has rejected the offer of a new contract.