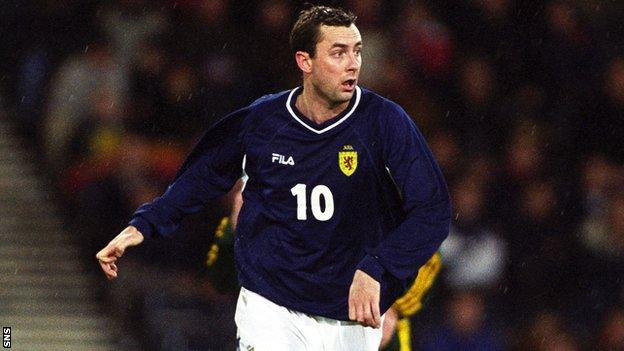 The Scottish FA did not want their players involved in Team GB for fear of risking their separate identity in world football.

But Hutchison says several current Scottish internationals are "good enough" to play at the Olympics.

He said: "You look at the Scotland squad and you've got two top class goalkeepers [Craig Gordon and Allan McGregor].

"Guys right across the back four have played in the Premier League with [Christophe] Berra, [Alan] Hutton, [Gary] Caldwell, [Stephen] Crainey.

"You can go into midfield and there's fantastic footballers there as well.

"I think, after the event, Stuart will look and probably say, 'I've missed out on a few' because he hasn't looked at the bigger picture."

Pearce insists he was not influenced by anyone in choosing his squad and that he made his selections for football reasons.

"I think if I had had any pressures, the squad would look vastly different to what it actually does at the moment," he said.

"I was never at any time told what individual to pick [or] what quota of individuals to pick."

Meanwhile, Hutchison would like to see the return of regular competitive matches between Scotland and England.

Capped 26 times, one of Hutchison's six Scotland goals was the winner in a 1-0 triumph at Wembley, the second leg of a Euro 2000 play-off that England won on aggregate.

"It has to be brought back some way," added Hutchison, who was born in England but qualified to play for Scotland through parentage.

"I think everyone has to try and get that fixture back in [the calendar].

"It's very, very important for the players but more importantly for the fans because the rivarly's so intense.

"I'd like to see it in a four nations thing where there is going to be a lot of rivalry, not just a friendly game because it might detract from the spectacle."