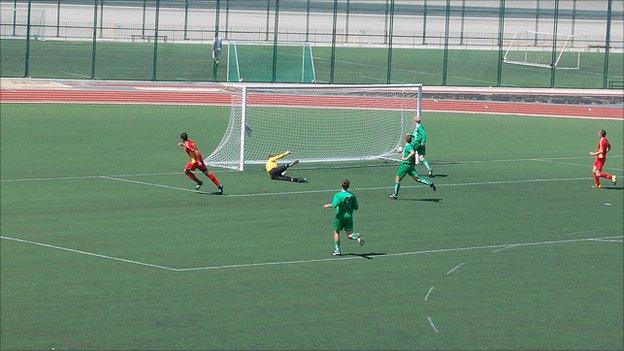 Guernsey hope to host the next International Shield tournament.

The inaugural event took place in Gibraltar last week with Guernsey, Jersey and the Isle of Man taking part.

The tournament was designed to give the teams competitive matches in years where there is not an Island Games.

"The plan is that we will try and stage the tournament next time and the plan is to stage it outside the Island Games summers," Guernsey FA director James Blower told BBC Sport.

But Guernsey will only host the tournament if it is financially viable to do so.

"In the current environment it's all about cost and in the current economic climate whether that's feasible remains to be seen," Blower said.

"But from a footballing perspective we'll be very happy to see it."

Gibraltar beat Jersey in this year's final at the Victoria Stadium.

A young Guernsey side finished fourth after and the Isle of Man in the third-place play-off.