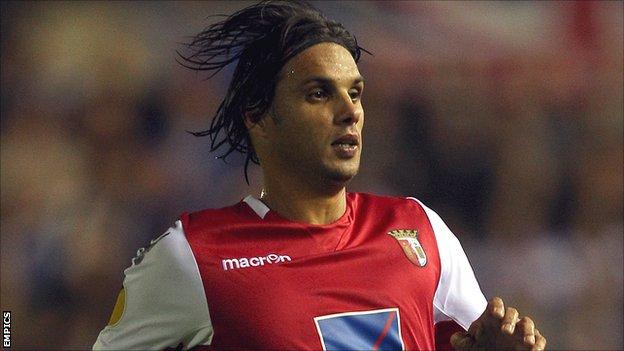 Gomes, who turns 36 on Thursday, is a free agent after leaving Braga and is reported to be undergoing a medical.

He is set to become Rovers' third summer signing, following the arrivals of Danny Murphy from Fulham and Leon Best, who cost £3m from Newcastle.

Gomes burst onto the international scene during Euro 2000, scoring in a 3-2 group victory over England.

He has scored 29 international goals and has found the net in three European Championships.

The majority of his club career has been spent in Portugal with Benfica, although he played in Italy's Serie A with Fiorentina for two years and spent last season with Braga.

Blackburn were relegated from the Premier League last season and will play in the second tier of English football for the first time since 2001.