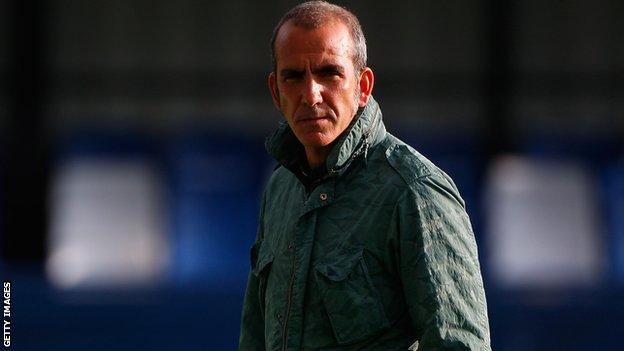 The 20-year-old, who is the half-brother of former Inter Milan and Italy international Marco, has linked up with the squad on their pre-season tour in Lake Garda.

"We will check on him - it doesn't cost us anything."

Last year Swindon were bringing in trialists like they were going out of fashion.

But it seems like a much more methodical approach from Di Canio this year.

Materazzi carries the same ice-cool exterior as his brother as well as an uncanny resemblance.

If his performances match that of Marco's in his day, Town may well have found themselves a gem.

Di Canio confirmed Materazzi was recommended to him by former Lazio boss Paolo Negro, who now manages Materazzi at Zagarolo.

"He mentioned his name, not because he is Materazzi's brother, but because he's a young lad who wants to learn and improve," continued Di Canio.

"I believe in Paolo Negro, although it is not a promise but I say let me check."

Meanwhile, captain Paul Caddis is training separately from the team as he recovers from a knee injury.

The Scottish defender, 24, underwent a scan before the team flew to Italy and he will miss their first pre-season match against a local side on Thursday.

"Last year he had a problem with his ankle and over the summer he didn't work a lot because he had a baby," said Di Canio.

"He had a little inflammation because he couldn't work hard on his left leg.

"But the scan showed there was no big problem. He'll now work on a different level of training before bringing him in with the others."