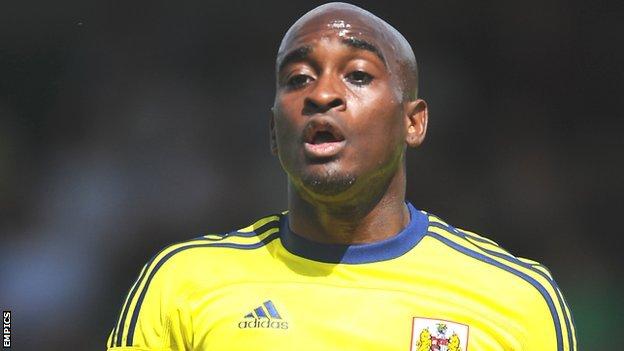 Notts County have signed Jamaica winger Jamal Campbell-Ryce on a two-year contract following his release by Championship side Bristol City.

The 29-year-old played 65 games during two-and-a-half seasons for the Robins, but spent the end of last season on loan with Leyton Orient.

Campbell-Ryce said: "I had one or two other clubs that I was talking to.

"But Keith Curle [Notts boss] seemed the most enthusiastic and instilled a lot of confidence in me."

Campbell-Ryce added: "He just said he wants me to play with a freedom and enjoy my football and obviously work hard when we haven't got the ball, which is obviously standard.

"But it was really encouraging to hear a manager saying to go and express yourself, go anywhere you want and do your thing so hopefully I can return the favour and actually make things happen on the pitch."

Campbell-Ryce becomes the the sixth summer signing made by the Magpies.