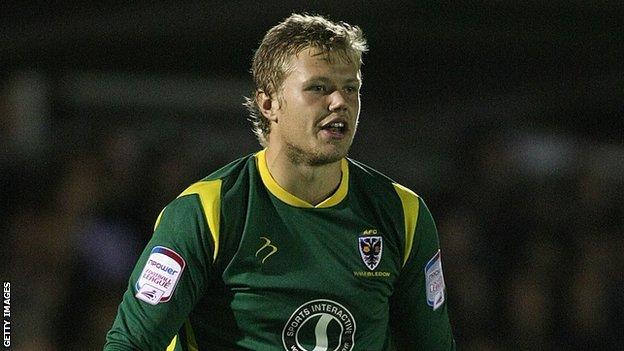 The 22-year-old made 49 appearances for the Dons last season.

He told the club website: "It is great to have it sorted. I can now get on with working on the things that I need to improve upon.

"The signings that we have made look impressive. Obviously we will have to see how they gel, but on paper it looks promising."

Dons boss Terry Brown said: "I expect Seb to be much stronger next season, mainly just because he has now had that experience in League Two.

"He is still very young in goalkeeping terms and I think he will be fantastic for us in the long-term."