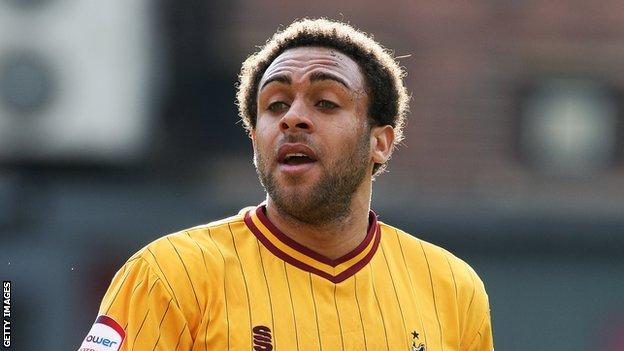 Wrexham striker Jake Speight has handed in a transfer request to quit the Blue Square Bet Conference side.

The Welsh club issued a statement saying that the 26-year-old wants to move closer to his Sheffield home.

Wrexham also confirmed that they are considering an offer from a rival Conference club.

"The club is disappointed... but we are actively looking to resolve the issue in the best interests of the club," read a Wrexham statement.

"[Speight] feels that he is unable to continue commuting to north Wales every day and that the travelling is adversely impacting on his personal life.

Jake has been told not to report for pre-season training

"The club has tried to manage the situation since last Christmas, even altering the starting time for training sessions but it has becoming increasingly difficult for all parties concerned.

"As such, an offer has now been received from a Conference club for the player's services, which is currently being considered by the board of directors.

"As a result, Jake has been told not to report for pre-season training with the rest of the squad."

Wrexham look to have already lost striker Mathias Pogba after the Frenchman snubbed the offer of a new two-year contract.

But Dragons player-manager Andy Morrell has moved to fill the striking gap by signing experienced forward Brett Ormerod on a free transfer.