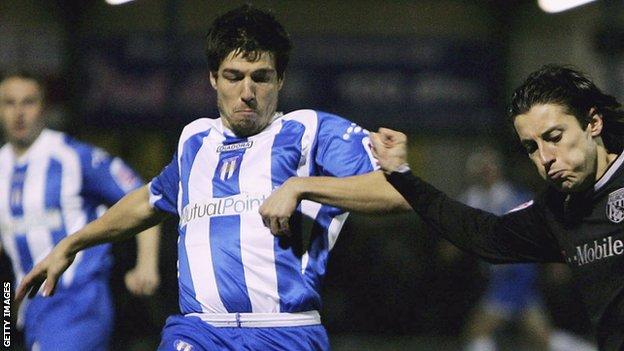 Colchester United skipper Kem Izzet has agreed a new contract but defender Magnus Okuonghae is to leave after turning down an offer from the club.

The length of midfielder Izzet's deal has not been disclosed but he told the club's website it was never in doubt that he would re-sign.

"I have been happy here for over 10 years and wanted to continue playing here," the 31-year-old said.

Okuonghae, 26, is now hoping to secure a move to a Championship club.

"We made Magnus a generous offer earlier in the summer," said manager John Ward.

"We gave him an extra three weeks to make his decision because we wanted to keep him, but he has turned down that offer.

"We have to move on now and turn our attention elsewhere."

Okuonghae joined the U's from Dagenham & Redbridge three years ago and made 100 appearances for the club.

He is the second first-team player to leave the Colchester, with goalkeeper Ben Williams having also informed Ward that he would not be staying.