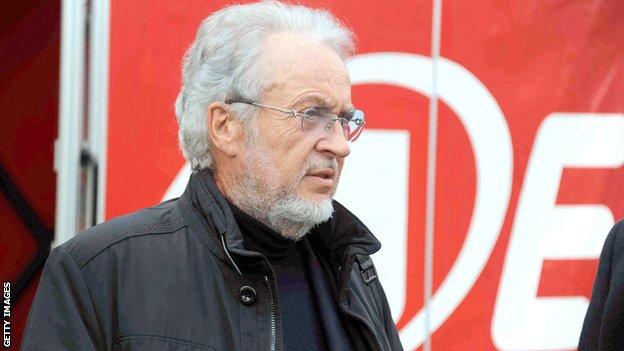 The new owners of Watford say they will be at the club "for the long-term" as fans await the appointment of Gianfranco Zola as manager.

Meanwhile the Pozzo family say they are not expecting a "financial return" from owning the club.

"Rather we see it as a privilege to be involved with Watford," a statement on the club's website read.

It added: "Our aim is clear: we wish to establish Watford as a Premier League club, which has revenue to help it become self-sufficient over time.

This is not just another club; this is Watford

"There are no promises of timescale; only that it is our stated ambition to be in the Premier League so that everyone connected with Watford, all of us, can enjoy a successful and sustainable future.

"Longevity to us is key to success. It is only over many years that success can be judged."

The Pozzos also own Italian Serie A club Udinese and Spanish La Liga side Granada and say Watford will be run along similar "tried and tested" lines.

"Both clubs have enjoyed success and are sustainable businesses," the message continued.

They plan to use what they describe as their "world-class scouting network" to bring new talent to the club, but insisted that it would not harm Watford's distinctive identity.

"This is not just another club; this is Watford and we recognize just how important the individual nature of a football club is to its supporters. No more so than in England, in fact.

"We're very passionate about football, and the English style reflects the true spirit of the game."

Former West Ham chief executive Scott Duxbury is also likely to accept a role within the new regime at Vicarage Road, having been involved in helping the Pozzos buy the club from Lawrence Bassini.

"The opportunity, presented to us by Scott Duxbury and Gianluca Nani in relation to Watford, contained ideals within a vision that was very much close to our own thinking.

"This is why we are here at Watford," the family added.