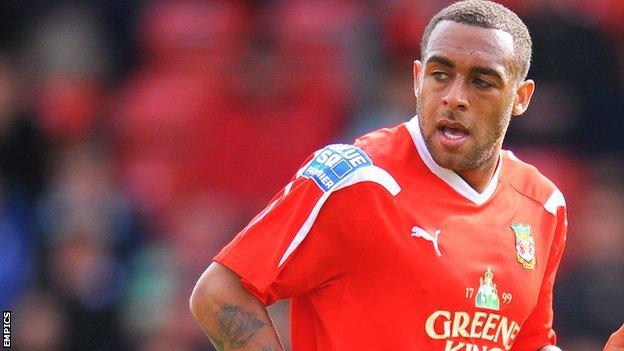 Mansfield Town have re-signed striker Jake Speight from Wrexham for an undisclosed fee.

Speight, who scored 21 goals in 33 Blue Square Bet Premier starts last season, requested a transfer because he wanted to move closer to his Sheffield home.

The 26-year-old, whose length of contract has not been revealed, joined Bradford from Mansfield in June 2010.

Stags manager Paul Cox said Speight was a "proven goalscorer at this level with a strong mindset and high ambition".

Cox added: "Last season at Wrexham, he scored 24 goals in all competitions on the left of a three-man attack and will be aiming to better that record next season."