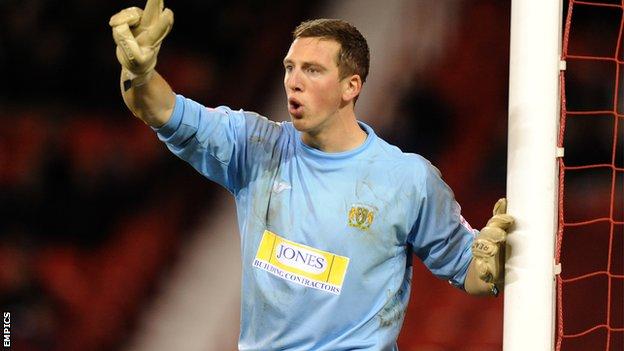 The 25-year-old, who has played for the Republic of Ireland's Under-21 side, has signed a two-year deal at Home Park after leaving Vicarage Road at the end of last season.

Gilmartin replaces the retired Romain Larrieu and will vie with Jake Cole and Ollie Chenoweth for a starting place.

"We like competition for places and we've got three good goalkeepers now," said manager Carl Fletcher.

Gilmartin played seven times for Watford after joining the Hornets from Walsall in July 2010.

Last season he had loan spells at Yeovil Town and Crawley and kept five clean sheets in 15 appearances for the two clubs.

"We've had him on the radar for a little while," Fletcher added.

"Paul Wotton played with him last year and gave him a glowing reference, and everyone we have spoken to has confirmed what we felt anyway.

"It'll be great to get him in - another new face in the dressing-room."

He is the second player to join Argyle following the capture of striker Paris Cowan-Hall from Woking.