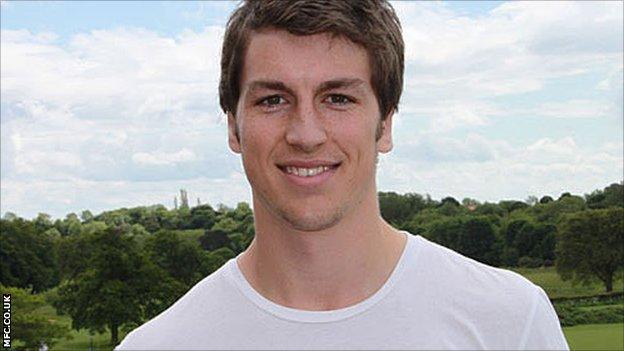 Burgess, 20, who had trials with West Ham and Tottenham, was studying history at Birmingham University last season after a spell at Bishop's Stortford.

This is the opportunity I have always wanted

"I'm looking forward to getting started and making the most of this chance. This is the opportunity I've wanted."

The defender, who had a trial spell in the Teessiders' development squad last season, will come under the tutelage of first-team manager Tony Mowbray, himself a former central defender.

"I've spoken briefly with Tony and it's nice he has shown some confidence in me," Burgess added.

Boro have now completed three signings this summer, with Grant Leadbitter,Stuart Parnaby and now Burgess making their way to the Riverside.