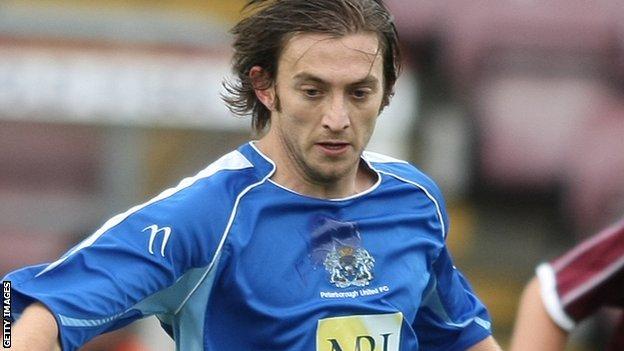 Peterborough United are giving Gavin Strachan the chance to stake his claim for the role of first-team coach.

The 33-year-old son of ex-Coventry, Southampton, Celtic and Middlesbrough boss Gordon Strachan, has been in charge of the Posh under-18 side.

But he has been elevated to acting first-team coach following the departure of Mark Robson to Barnet.

"It is consistent in terms of he knows how we work," manager Darren Ferguson told the club's website.

"It is not an exam or anything. I will see how it develops and will know fairly quickly what my decision will be.

"I felt the lad deserves a chance at it. He has done very well with the youth team. I have seen an improvement in them, especially technically."

Strachan had two spells with Peterborough during his playing career, in 2003 and 2007-08, and played for eight other clubs including Coventry and Hartlepool.