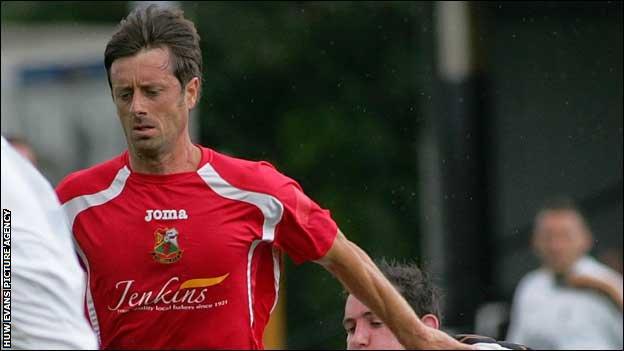 Llanelli fought back from going two goals down inside 20 minutes to keep KuPS to a creditable 2-1 Europa League qualifying defeat in Kuopio.

A sixth minute Markus Joenmaki penalty gave the Finnish full-timers the lead as Sander Puri was fouled by Llanelli's Chris Venables inside the box.

Debutant striker Luke Bowen set-up his namesake and Jason Bowen gave Andy Legg's side hope ahead of their home leg of the first qualifying round tie at Stebonheath Park on 12 July.

Llanelli manager Andy Legg: "We wanted to keep it tight early on but that soon went out of the window and we were 2-0 down quickly thanks to a dodgy penalty and a goal that was at least three yards offside.

"But the lads showed character and got the away goal, however, we've always struggled in the second due to our fitness because it is so early on in the season.

"Before the game, I would have taken leaving here being a goal down - we've got it all to play for in the home leg and it is down to us now as if we perform well at home there's a possibility of going through."