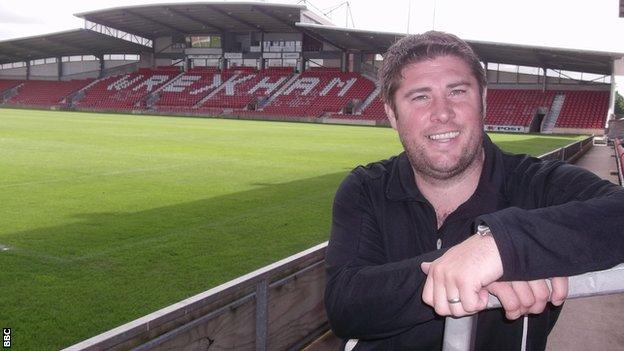 The Cymru Alliance side put up an impressive and organised performance in the Europa League first qualifying round.

Captain George Hughes and Kieran Quinn had chances for the home side during the first leg tie.

The Druids travel to Finland for the second leg on 12 July.

Huw Griffiths' side qualified for Europa League as Welsh Cup runners-up and are the first team from Welsh football's second tier to play in Europe.

Druids had the best chance of the first half when following Rees Darlington's cross George Hughes saw his header hit the post before the follow-up from Steve Jones was cleared off the line.

MyPa were restricted to long range efforts which failed to trouble home keeper Chris Mullock while a Steve Jones free-kick was saved by Antti Kuismala.

The home side had the better chances in the second half with Mark Harris' 25-yard effort forcing Kuismala into a save.

And with 13 minutes remaining Quinn's snapshot volley from 12 yards went past the post as the Druids defence held firm.

Cefn Druids manager Huw Griffiths: "That was magnificent. The boys were superb and they'll thoroughly deserve the credit they will get from this. They will go down as legends in Cefn Druids' history and even to a certain degree in Welsh football history in terms of what they've achieved.

"We did create a couple of good chances and that was our aim. We've frustrated them defensively and broke very well and at times I thought we played fantastic football.

"But it's a totally different story when you go and play in the Europa Cup away from home."