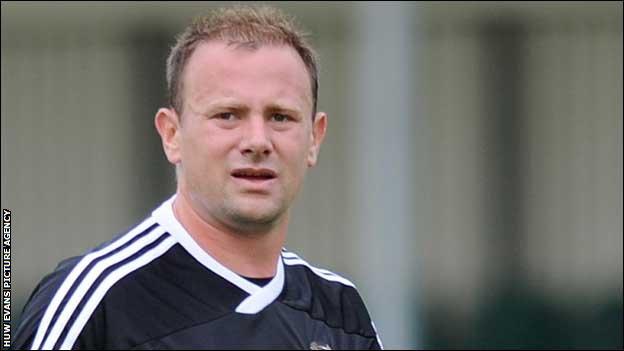 Former club stalwart Kristian O'Leary is to become the first arrival of the Michael Laudrup regime at Swansea City.

The 34-year-old will return to the club where he spent 15 years and made over 300 appearances to work in Swansea manager Laudrup's backroom team.

O'Leary, who left his position as boss of Welsh Premier side Neath when they were , has a development role to guide Swansea's young professionals.

"I'll be a bridge for the players from the youth to the first team," he said.

Former midfielder O'Leary left Swansea in February 2010 and joined nearby Neath, where he became manager in January this year after retiring from playing.

But the club lost their licence to play in the Welsh Premier League in April and were wound up at the High Court a month later amid financial problems.

As well as being a mentor for Swansea's emerging professionals, O'Leary will also coach the club's reserve team, which the club says will change to a new Under-21 format.

"My role is to provide that link between the youth team and the first-team, so I will be working with both Tony Pennock (Head of Youth) and Michael (Laudrup)," said O'Leary, who hold a Uefa 'A' coaching qualification.

"If the first-team needs a player, then it's up to us to produce one that's ready to step up.''

Chairman Huw Jenkins added: "It's vital our staff have the passion and commitment for this club because it sets the right example and environment for all our players to work in on a daily basis.''